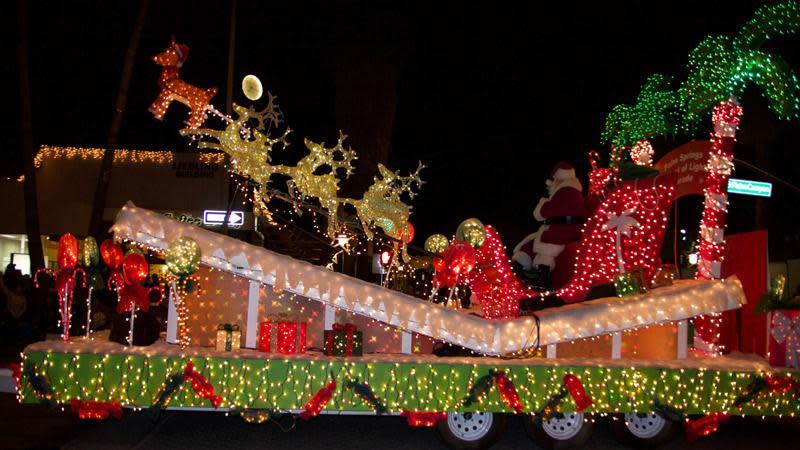 The Palm Springs Festival of Lights Parade kicked off in the early 1990’s along Palm Canyon Drive and has been held every year since on the first Saturday in December — becoming a much-loved holiday tradition in downtown Palm Springs! The parade allows residents and visitors to celebrate the spirit and joy of the holiday season while at the same time creating a unique tourism event, which over the years has brought in an estimated 100,000 people annually to the downtown. Over the past 22 years, the parade has featured a host of marching bands, performing groups as well as the Budweiser Clydesdales, Mickey and Minnie Mouse, Snoopy and the Gang — and of course Santa and Mrs. Claus!

Yet more than anything else, it is the parade’s signature floats adorned in thousands of colorful holiday lights and huge Macy’s-style balloons that keeps the crowds coming back for more!

Contact Hughes Properties for more information and to schedule a meeting.